Through The Lens – Andy Hall Sharing Hints on That Perfect Photograph 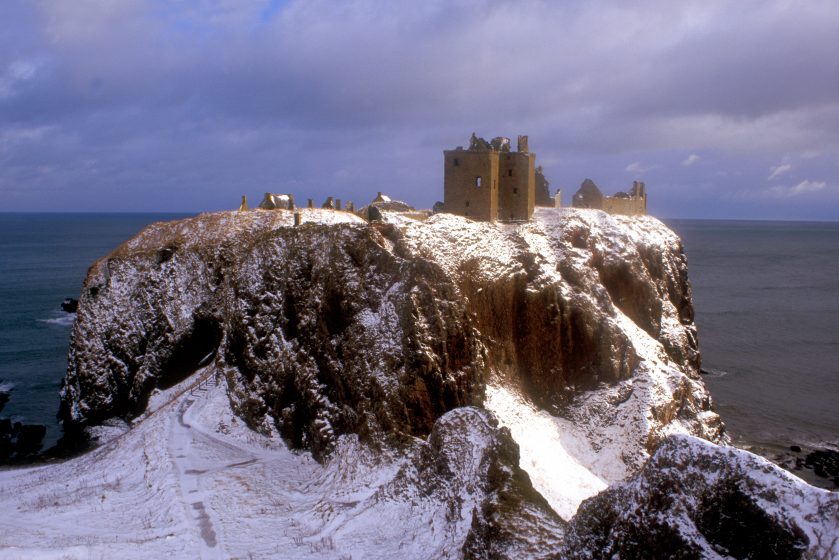 The Bellman is delighted to introduce a new feature that will undoubtedly prove a huge boon to all Stonehaven’s photographers.

‘Through the Lens’ is a guide to the art of photography by Andy Hall. Each article will showcase one of Andy’s stunning images, with a commentary helping you achieve a similarly successful composition.

It Started With ‘A Sense of Belonging’

Andy Hall’s photographic reputation has gained international recognition as a result of the success of his books, A Sense of Belonging to Scotland, the favourite places of Scottish personalities, Touched by Robert Burns which was launched by Scotland’s First Minister at Edinburgh Castle on St. Andrew’s Night in 2008 and Scotland’s Still Light, published in 2014 and launched at The Scottish Parliament in Edinburgh.

Andy chaired the panel of judges for the official Homecoming Scotland Photography Competition in 2009. His images have been exhibited in the new multi-million pound Robert Burns Birthplace Museum in Alloway, Ayrshire.

A Sense of Belonging to Scotland was used by former First Minister Jack McConnell for a ministerial visit to China and as a gift for the nominees and judges of the Robert Burns Humanitarian Awards.  Ewan McGregor described it as “The most beautiful collection of photographs of Scotland that I have ever seen!”

His book Scotland’s Still Light explores the relationship between photographic imagery and Scottish literature and has been used by Scotland’s First Minister and her Cabinet as a gift for visitors to and from Scotland.

Sir Alex Ferguson describes Scotland’s Still Light – “Any photographic work by Andy Hall takes your breath away. This book demonstrates his love of Scotland and highlights the mystic beauty and raw energy of country.”

Aberdeenshire – A New Perspective , dedicated to Denis Law and with a foreword by Sir Ian Wood is about his native North East of Scotland. It reflects Aberdeen as a successful, attractive and vibrant city set within the beautifully atmospheric light of Aberdeenshire.

Of Aberdeenshire – A New Perspective, Dame Evelyn Glennie has said – “Once again, Andy Hall entices us into the heartbeat, energy, spirit and wonders of Aberdeen and Aberdeenshire through his magical photographic skills.”

Andy’s latest book Decisive Moments – A Guide to the Art of Photography is a retrospective of his thirty year photographic career. It’s purpose is to inspire experienced and aspiring photographers to explore their artistic vision. It will be published in Spring 2021.