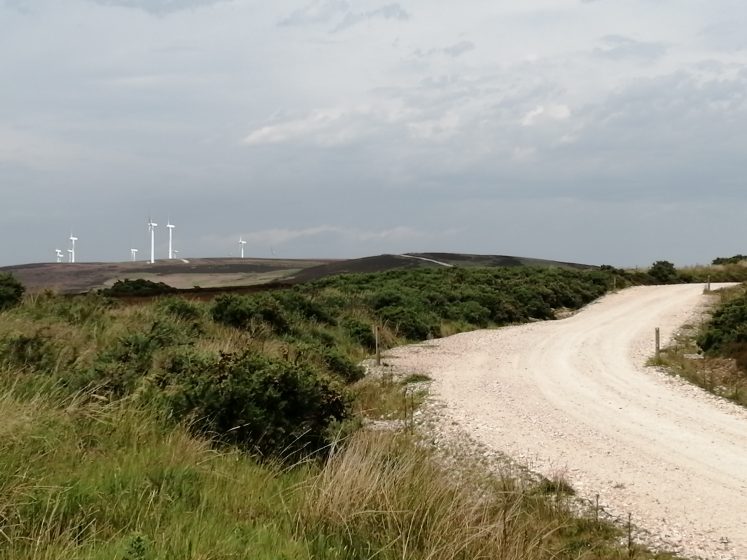 A COMMUNITY councillor has made a passionate plea for the support of a wind farm development that could bring millions of pounds to local groups over its lifetime.

Stonehaven and District Community Council held their monthly Skype meeting on Tuesday evening. Members heard from their colleague Jim Stephen, who asked them to formally support the Craigneil Wind Farm. He said the associated community fund would bring a much needed boost to groups in the town.

In May 2018, ESB International submitted a planning application for the erection of 11 wind turbines and associated infrastructure. The Craigneil Wind Farm would be sited on moorland near Rickarton, approximately 6.5km to the north west of Stonehaven – adjacent to the existing Meikle Carewe Wind Farm.

The turbines would measure 135m to tip. ESB say they will generate 35.2MW of clean, renewable energy – enough for around 25,000 homes.

SDCC are statutary consultees in planning applications. In July 2018 they sent a letter offering no objections, but asking for a traffic management plan – they feared a cumulative impact with construction vehicles servicing Ury estate and the proposed Fetteresso Wind Farm.

Now, Mr Stephen wants SDCC to send another letter offering the development their full support so that Stonehaven can partake in the cash windfall of £176,000 brought each year by its community fund.

”As a town we really need to get behind a development like this,” he said.

”We have seen umpteen developments where we have got nothing back from them.

”A development like this could actually be a benefit to the community. It could help groups like the Sea Cadets, the Rugby Club, the Recreation Grounds, with amenities like better changing rooms.”

Mr Stephen, who is also chairman of the Stonehaven Town Partnership, said the project would bring £5.28 million over its 30-year life time. This money would be shared with two other community council areas – North Kincardine Rural and Crathes, Drumoak and Durris.

And, with the likelyhood of local authority cutbacks, Mr Stephen said it was even more important to seize the opportunity for a cash boost.

”We can actually be proactive for a change,” he said.

”I am 110 percent behind this because as a community we could actually benefit from this.”

Letter of Support to be Sent

Mr Stephen found support from his fellow members of SDCC who agreed the ‘substantial’ community payback over the lifetime of the windfarm was, in current times, too good an opportunity to overlook.

The SDCC is to send a letter of support for the application provided that the SDCC are consulted on any traffic management plans for the movement of the turbines and associated plant associated with the construction.

Please note: the public consultation period for this application has ended.

The feature image is of Meikle Carewe Wind Farm