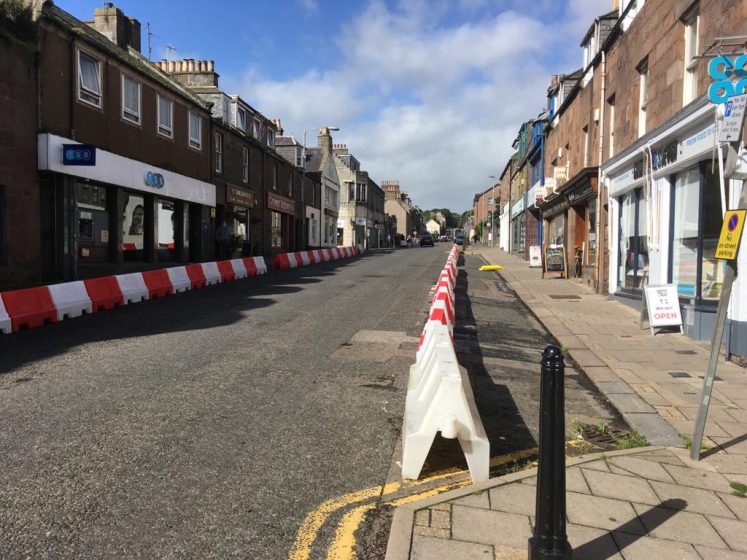 A STONEHAVEN Business Association representative is calling for the local authority to use local infection rates to inform the Spaces for People measures implemented in the town centre.

The traffic cones and water barriers used to widen Stonehaven’s pavements were once again the subject of discussion at this week’s Skype meeting of Stonehaven and Disctrict Community Council.

At their previous meeting, members heard from acting area manager Bruce Stewart. He said the measures would be reduced when the number of new cases of Covid-19 in Grampian dropped below 3.6 cases per 100,000 for at least 7 consecutive days.

Dawn Black of Stonehaven Business Association said the Grampian Health Board figures used by the local authority include both Aberdeen City and Moray as well as the Shire.

”We have had no cases in Stonehaven for the past few days, when you look at the local figures,” she said.

Cllr Sarah Dickinson said engagement sessions had been held and feedback points were being pulled together for council leaders. She noted several points taken forward:

Cllr Dennis Roberton said he wanted to reassure everyone that all the councillors were doing everything they could to take the views of the town forward.

”We will continue to work with the roads department as much as we can and put them under appropriate pressure.”