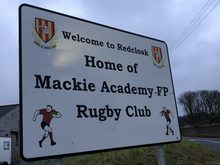 An Aberdeenshire Council policy is to be reworded to ensure any sports field being turned over to development will be replaced elsewhere.

Councillor Sarah Dickinson delivered her successful motion during discussions on the proposed Aberdeenshire Development Plan 2020 that was later approved by the Council.

She told her fellow members she was proposing an addition to the Stonehaven settlement statement in light of some recent developments affecting the Stonehaven Rugby Club.

”Stonehaven, as you have heard, has the second largest rugby club in Scotland, the Mackie Former Pupils Rugby Club,” she said.

”It is a significant and extremely successful contributor to our council agenda of supporting active lifestyles.”

Describing how the club now faced the loss of one of its pitches, Mrs Dickinson said she wanted to ‘make explicit and clear’ existing policy that a sports pitch could not be removed for redevelopment, without being replaced elsewhere to the satisfaction of both the Council and Sports Scotland.

But it soon became apparent that councillors from across the Shire felt their football and rugby provision deserved similar protection.

Cllr Martin Ford said while there was a specific situation in Stonehaven, there had been issues in Kintore and he ‘liked the look’ of Cllr Dickinson’s motion.

And Cllr Colin Pike said Portlethen had experienced similar problems and he too would want similar reassurances for settlements across Aberdeenshire.

It was agreed that the wording of Aberdeenshire’s Open Spaces Policy would be amended to protect sports provision and assert the obligation on developers.

The full council meeting was recorded on webcam and this can be viewed here (Mrs Dickinson’s motion was made at 2hrs and 37 minutes).