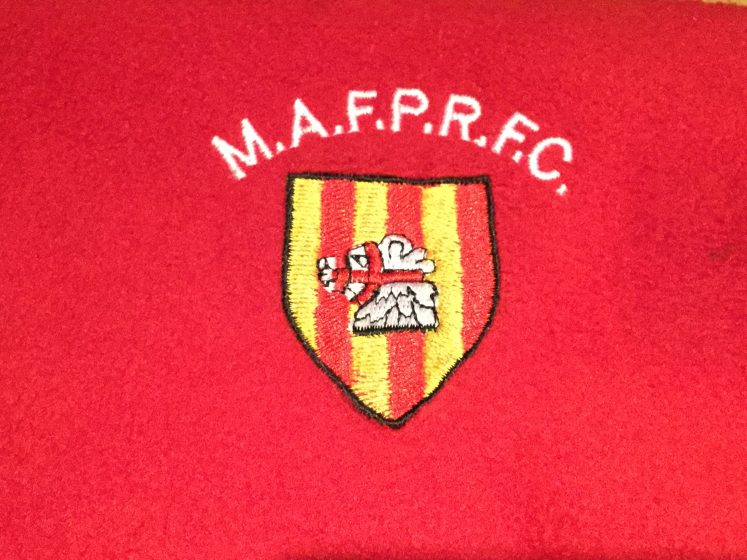 For the second week in a row, Mackie had to contend with seriously blustery conditions in their return league game against Ross Sutherland Stags, who had to journey through wintry conditions on the trip down from Invergordon.

The wind was blowing diagonally across the pitch and the Stags had the greater benefit of the elements in the first period. However, it was Mackie who notched the first points when a promising attack was illegally ended and Ross Gray just managed to scrape the kick over.

It didn’t take the visitors long to reply, when a huge kick wasn’t dealt with and a try resulted. The kick was unsuccessful and the scoreboard:

Mackie pressed hard for a try of their own, and a good run by Chris Ballentyne led to yet another penalty, which Ross Gray converted with more ease than the first.

On 23 minutes, good hands from the Stoney boys gave Andy MacArthur the chance to stretch his legs and score both his, and Mackie’s, first try of the day. This time Ross Gray couldn’t force the ball against the wind and through the posts.

The team from Invergordon were in no mood to throw in the towel,  and again used the elements to take play to the Mackie line where they managed a second unconverted try.

With half-time fast approaching, there was just time for one more try for the boys in red, and it was again Andy MacArthur who used his pace to touch down – unfortunately too far out for the kick to be successful. This brought the score at the break up to:

With their noses in front, and the elements in their favour, the home side must have thought the door was open for a few more visits over the whitewash.

Ross Sutherland had other ideas, and for the next 25 minutes, Mackie couldn’t find a way to use the conditions and add to their total.

With the home support beginning to get restless, it was scrum-half Finlay Jacobs who jinked over for his first senior try. He was considerate enough to score under the posts and give his captain an easy kick.

The pressure was now off, and, for the second week in a row, Mackie managed to score two tries in the closing few minutes. The first was an excellent try from Robbie Crighton, getting the score he thoroughly deserved. The final try brought a hat-trick for Andy MacArthur when he managed to intercept a misplaced pass and scamper over.

Both teams are to be complimented for giving us an entertaining and exciting game despite the conditions. Not only was the wind an obvious factor, but the pitch was heavy and the mud certainly left a mark on the players as both teams trooped off at the end.

Another win, and another try bonus point for Mackie, who are now up to 4th place in Caledonia North Division 2, behind Highland 2nd’s, Aberdeenshire and Grammar 2nd’s.

Next Saturday Mackie will be at home against second top Aberdeenshire (K.O. 3 p.m.) in what is sure to be a hard exciting game against one of the strongest team in the league.