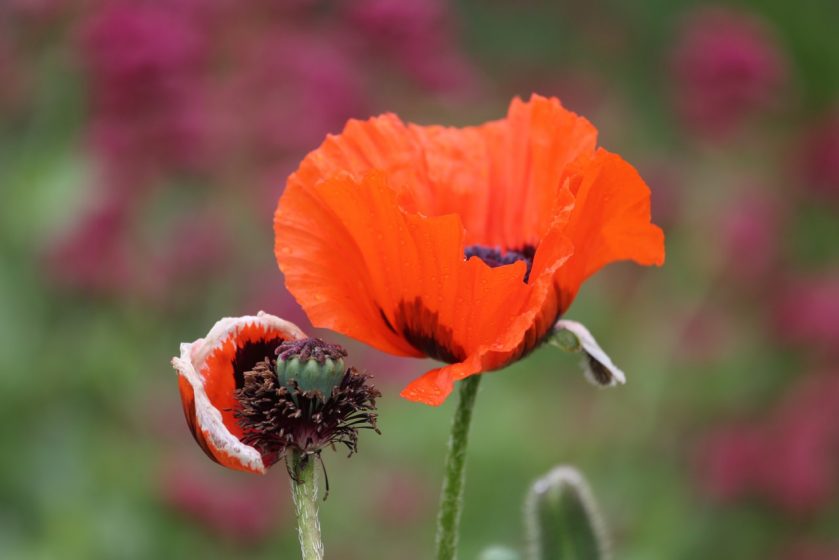 AFTER the formalities of Sunday’s wreath laying service at the War Memorial, participants will be offered poppy seed to sow around the monument.

Creating a frame of poppies on the Black Hill was proposed by Aberdeenshire Council’s greenspaces project officer Tajana Telisman Sosic – who visited the town’s Horizon Group at their latest meeting to engage their support.

Tajana is working with the local authority on a year’s project turning areas of grass into wildlife havens to encourage pollinators – which poppies will do, while creating an effect that should look ‘stunning’.

This year’s Remembrance Service is being held by Carronside Church in the South Church on Carron Street at 10.45am. The parade will form at approximately 12.10pm. Wreaths are to be laid at the Memorial at approximately 1pm.

Poppies became the emblem of remembrance after their appearance on the battlefields as described in the poem ‘In Flanders Fields’.

The poem by John McCrae

In Flanders’ fields the poppies blow
Between the crosses, row on row,
That mark our place: and in the sky
The larks, still bravely singing, fly
Scarce heard amid the guns below.

We are the dead. Short days ago
We lived, felt dawn, saw sunset glow,
Loved and were loved, and now we lie
In Flanders’ fields.

Take up our quarrel with the foe;
To you from failing hands we throw
The torch; be yours to hold it high,
If ye break faith with us who die
We shall not sleep, though poppies grow
In Flanders’ Fields.

It is also hoped to scatter poppy seed around Stonehaven’s  Peace Tree (see article) in the Glebe land of Dunottar Church.

In remembrance for those who went to sea.

In ocean wastes no poppies blow,
No crosses stand in ordered row,
There young hearts sleep… beneath the wave…
The spirited, the good, the brave,

But stars a constant vigil keep,
For them who lie beneath the deep.
‘Tis true you cannot kneel in prayer
On certain spot and think. “He’s there.”

But you can to the ocean go…
See whitecaps marching row on row;
Know one for him will always ride…
In and out… with every tide.

And when your span of life is passed,
He’ll meet you at the “Captain’s Mast.”
And they who mourn on distant shore
For sailors who’ll come home no more,

Can dry their tears and pray for these
Who rest beneath the heaving seas…
For stars that shine and winds that blow
And whitecaps marching row on row.
And they can never lonely be
For when they lived… they chose the sea.

That is beautiful Graham – thank you.