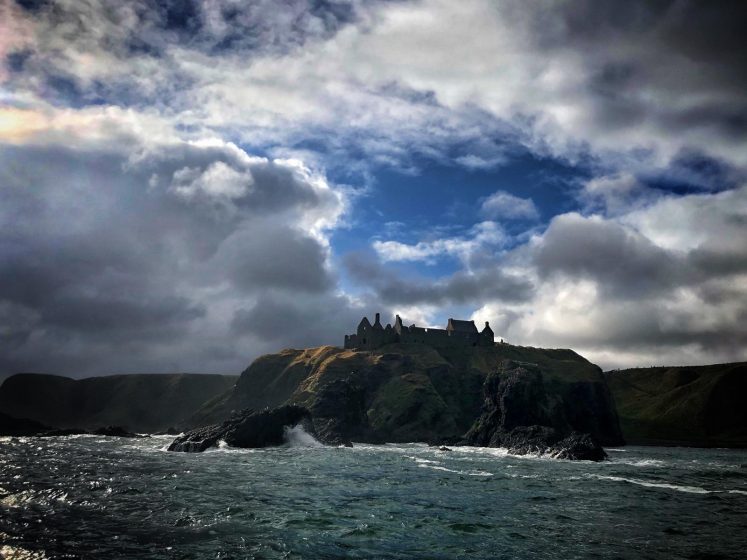 A HASTILY grabbed snap taken by Bellman volunteer John Cruickshank has attracted a huge amount of attention on The Bellman Facebook page.

As you know, The Bellman is put together by a small number of volunteers – John together with George Reid comprise about half of the team! And they were both bobbing around the bay yesterday, with John’s brother Alan – a retired London policemen who was hosting a visit from a former colleague.

Ian Wareing had travelled to Stonehaven to visit his mate from the Met. And as a keen photographer, he hoped to go home with some stunning shots from his short Scottish Safari.

An offer from Graham Jennesen to go for a sail was too good to miss. The gang of lads set off with happy hearts and hopes of spotting some sea-life. They were not disappointed. Very quickly, they had caught the attention of a passing pod.

All I can say is, there are a lot of dolphin fans out there. Facebook is an unsparing barometer of public interest – we can see exactly how many people are reading each item.

Most of our posts reach several hundred readers. Flipper and family have blown our numbers out of the water with over 6,000 views to date.

Meanwhile visitor Ian was also doing great stuff with his camera. He took this superbly atmospheric shot of Dunnottar Castle that has already been noticed on Instagram and tweeted.

So thanks to Graham, a great day out for two retired licensing officers, and John and George from The Bellman.

A wee footnote. It was a day of choppy seas. It would appear years of pounding the Eastend beat are poor preparation for such conditions. The erstwhile boy in blue and his mate were both very Moby Dick.