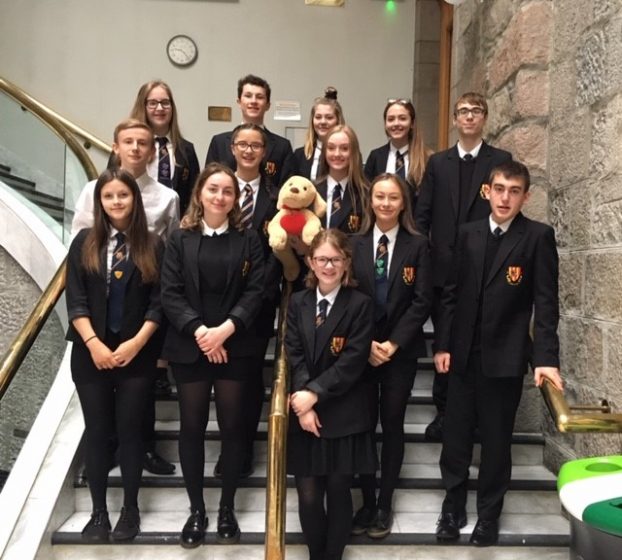 A TEAM from Mackie made their case to be crowned the area’s top legal eagles in a court room competition.

They received tips and a verdict on their performance from legal professionals during the day-long event at Aberdeen Sherriff Court.

The team from Mackie faced strong competition from Alford Academy, Ellon Academy and The Gordon Schools in Huntly.

”The competition has inspired pupils who have taken part in the past to forge successful careers in the legal profession.

”However, it also gives those participating a snapshot of the support provided by court staff and jurors too. I would like to thank all those organisations who have worked tirelessly to make this competition such a success.”

The ‘mock trials’ were organised by secondary school modern studies teachers in conjunction with the Scottish Courts and Tribunals service, based at Aberdeen Sheriff Court. It was kindly sponsored by Dentons UK and Middle East, LLP.

Sherriff Morag McLaughlin said the event had been a joyous day for the sheriffs to be involved in and praised the pupil’s preparation and the guidance and support given by teachers.