Ahead of the Game -Fundraising Success 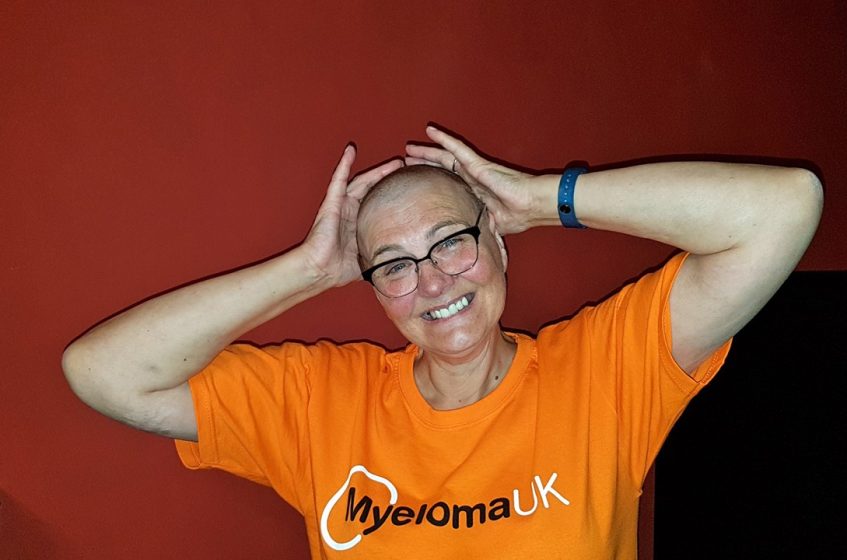 HAVING had her head shaved prior to stem cell treatment for a form of blood cancer, Linda Johnston is one step further along her journey with the illness – and delighted with the funds raised so far for Myeloma UK.

The widow of MSP Alex Johnstone told The Bellman: “ I am over-whelmed by the generosity of so many people who have contributed to Myeloma UK.

”At this point there is more than £1600 which has been collected on the Just Giving page, by donation or through the sales of the raffle  – which was drawn on shave night – I am indebted to the local Stonehaven businesses who contributed prizes for the raffle.

“In two weeks’ time I will begin the next stage of my treatment with the stem cell transplant, which I am confident, will see me in to remission. Myeloma is incurable, but it is treatable and can be managed.

“I hope by doing the head shave, awareness has been raised of this ‘hidden blood cancer’