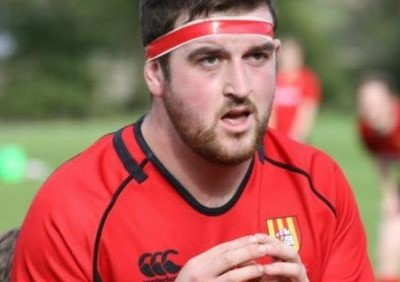 A match report by Ian Gray –

ON a breezy Saturday, Mackie made the trip up to Elgin to play their first Caledonian 2 North League fixture of the season at Morriston Park.

Mackie were without both captain and vice-captain and had no backs on the bench. Before the game was five minutes old Mackie were penalised on three separate occasions giving their opponents almost all the possession and, not surprisingly, they scored the opening converted try followed by a smart drop goal to bring the score to 10 – 0 to the hosts.

When Mackie did get the ball in hand they soon showed that they were here to make a game of it when winger Stuart Hamilton went over for a try which Kyle MAIR did well to convert. This brought the score up to 10 – 7. Game on !

At this stage Moray enjoyed a spell of possession which led to a further unconverted try which brought the score to 17 – 7. Mackie fought back, with newcomer Steve SOMERVILLE scoring an excellent try which Kyle was unable to convert. 17 – 12.

The referee then penalised Mackie for an alleged scrum infringement and the score was 20 – 12.

The second half got off to a less than encouraging  start when Mackie fly-half Andy MacArthur was yellow-carded for an alleged dangerous tackle – a harsh decision by a referee who was giving Mackie no favours. This decision seemed to spur the Stonehaven boys on to greater effort and the score was soon 20 – 19 when Stu HAMILTON went over for his second try of the afternoon which Kyle MAIR again converted.

Soon after however, a tiring Mackie conceded another seven point try followed by yet another penalty and the score was 30 – 19.

Mackie knew that if they scored another try they would come away with a try-scoring bonus point and a losing bonus point. However it was not to be and it was Moray who were awarded another kickable penalty. This time the kick was missed and Moray had won, gaining fiveleague points, leaving Mackie nothing to show from a spirited and at times encouraging performance.

On-field discipline would seem to be a problem with the team falling foul of the referee on numerous occasions with countless penalties, two yellow cards and at least three times having the penalty moved 10 metres up the pitch for, I assume, someone making some comment about the decision. This seemed to be a problem last season and has reared its ugly head again in the very first league game of the new campaign.

I know only too well how difficult it is to keep one’s mouth shut on the touch line when a seemingly incorrect decision has been made or a decision has not been made. Players must bite their tongues, no matter how aggrieved they may feel about the referee’s interpretation of a particular incident. Getting on the wrong side of the ref. Is courting disaster and never has a happy ending.

The Moray game is now history and hopefully learning some lessons from it will improve performances for the rest of the season, starting next Saturday when Mackie welcome Aberdeen Grammar 2nd XV to Redcloak for the first home game of the season.