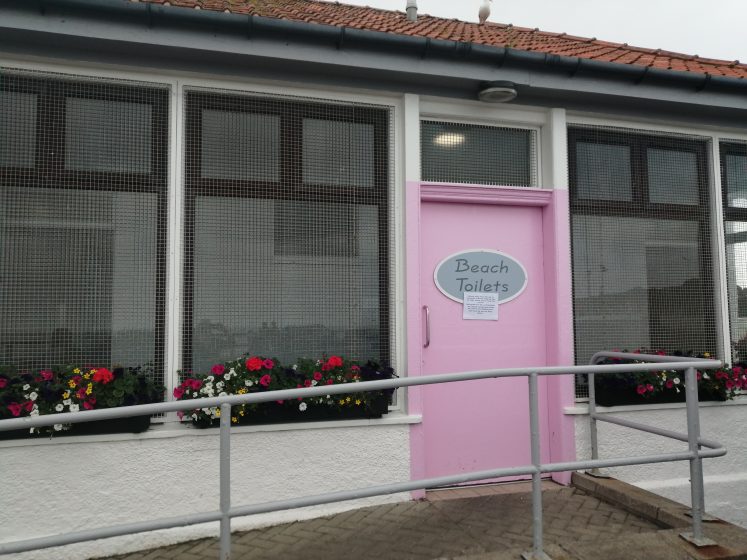 THE public toilets at the beach, which are run by the owners of The Bay Fish and Chips and Aunt Betty’s ice cream shop have been closed following repeated vandalism.

The two businesses joined forces to keep the facility open to visitors in 2016, when Aberdeenshire Council announced it no longer had sufficient funds for the provision.

The news of today’s closure – at a time of peak visitor numbers – was broken by a post on Aunt Betty’s Facebook page which reads: ” Aunty Bettys and the Bay are truly sorry. Due to repeated vandalism today at the beach toilets we have had no choice but to close them until further notice.

”The first damage was caused between 8am and 10am and then again sometime before 2.30pm the exact same damage and worse.

”We will need workmen to come and do repairs before they can reopen.

”We are so disheartened as the toilets are opened and funded by the Bay and Aunty Betty’s and this will cost to fix.

”The police have been contacted and if anyone has any information we urge you to contact us.

”We hope you understand, it’s not been an easy decision as we love the toilets and they are used by so many people and usually looked after by you the public too.

”We hope to have them opened as soon as possible next week.

”The nearest toilets are located at the stonehaven swimming pool.”

The Bay Fish and Chips shared this post and added: ”Gutted.”