Consultation All at Sea 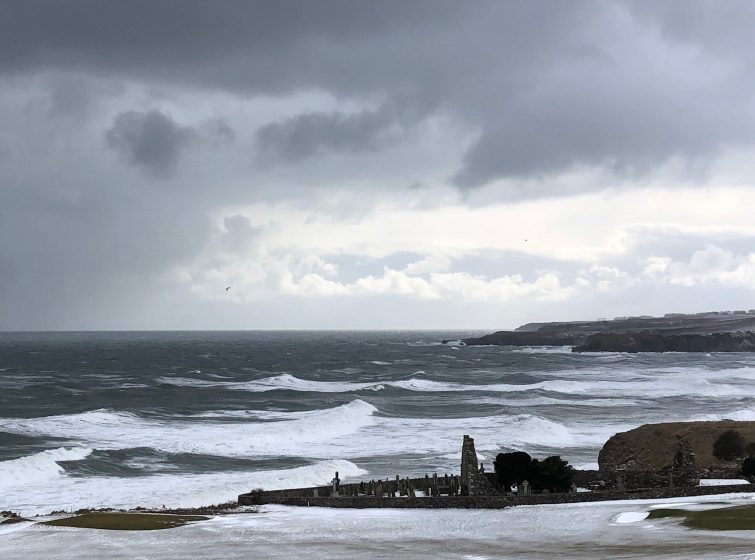 No clear support for raised sea walls along promenade

FOLLOWING the recent public consultation on options for the town’s coastal flooding protection, the Stonehaven Flood Action Group, SFAG, are taking a stance against the current short list of proposals to raise our sea walls by approximately one metre.

Instead, they are asking Aberdeenshire Council to assess the level of protection possible using the existing walls along with recharge, groynes and rock armour.

Public consultation comprised two sessions: one at Mackie Academy in January where a long list of 21 options was presented with raised walls featuring but also including an offshore breakwater, beach and foreshore recharge, secondary defences such as a set back wall, and a Cowie River training wall extension.

Then, on June 13, a drop-in session in the Town Hall had posters showing a reduced list of protection measures – all with raised sea walls.

SFAG say they have concerns about the June meeting.

A spokesperson told The Bellman: ”These include the fact that just some of the engineering work had been presented; the focus being for the raising of seawall heights and promenade paths.”

SFAG say they have long campaigned for improved coastal flooding measures but are concerned that raising the sea wall and the promenade in this way would be detrimental to residents and businesses along the sea front.

And the spokesperson said they felt the event didn’t seem to be well attended by the public, which, combined with the potential ramifications of the shortlisted options and the lack of public awareness, led SFAG to act.

Over six days, the volunteer group organised three meetings with residents and local business owners, where they discussed the material presented by consultants JBA and Aberdeenshire Council, and drafted their formal response.

As well as copying their response to those participating in the meetings, SFAG say they issued over 175 copies to seafront residents and businesses, inviting them to provide feedback on the consultation presentation and their response.   Aberdeenshire Council extended the submission deadline by one week to July 1. The SFAG submission is below.

In all the local authority received 104 formal responses. Details of these responses will eventually be added to the website.

Informally however, the public response seems clear. Councillor Wendy Agnew told The Bellman she attended one of SFAG’s meetings.

She said: ”The options of raising the height of the sea wall were not an option for anyone I have spoken to.”

So what now after a poorly supported consultation process that failed both to engage with the majority of Stonehaven’s residents and to produce any option with widespread support and understanding?

SFAG have stated their recommended approach is active management of the existing beach with groynes, recharge, breakwaters etc as a cost effective, standalone method of reducing flooding risk, ie maintaining the existing heights of the seawall and promenade path.

And a spokesperson for Aberdeenshire Council told The Bellman: ”In terms of the Coastal Flood Study, consultants have been assessing options which will be presented to the Stonehaven Flood Action Group before reporting back to Kincardine and Mearns Area Committee. The preferred option will then be reported to the Scottish Government.

He added: ”Further public engagement events will be arranged when a more detailed design has been outlined.”