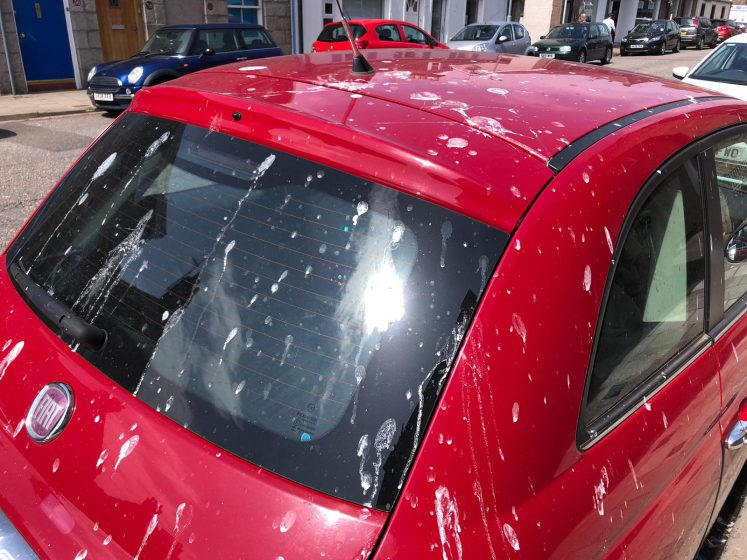 JACKSON Pollock was an American painter and a major figure in the movement known as abstract expressionism.

Seagulls are birds many people are not fond of.

Pollock was widely noticed for his technique of pouring or splashing liquid household paint onto a horizontal surface.

Seagulls are widely avoided for their technique of delivering large volumes of ‘liquid’ from great heights.

Pollocks approach was also called ‘action painting’, since he used the force of his whole body to paint, often in a frenetic dancing style.

The swooping approach of seagulls is called many things. Dripping nature lovers call it ‘lucky’.

Pollock’s painting titled Number 17A was reported to have fetched US$200 million in a private purchase.

In Stonehaven we pay to have as little seagull street art as possible and employ birds of prey to scare them away.