Call for Action on Dog Mess 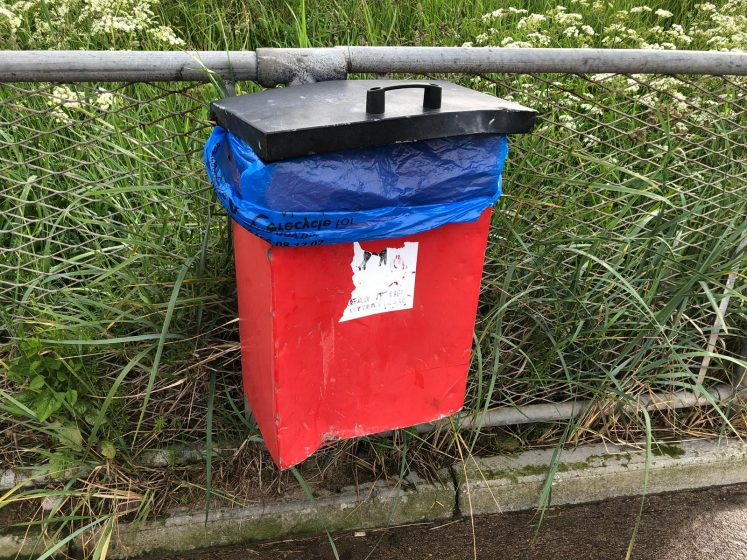 The problem of dog fouling is not a new one, nor is it a problem that Aberdeenshire is alone in dealing with.

To put the problem into context the majority of dog owners are responsible and dispose of dog matter in the appropriate bins provided around the town.  It is the few that don’t that creates the ongoing problem.

At the Horizon beach clean in April a significant number of dog poos were recorded on the beach.  Not only is this a health risk to all that use the beach, but as a town that promotes itself as a tourist destination, it is surely not an image we want to present.

Stonehaven & District Community Council (SDCC) has therefore written to the Council to express its concerns about this persistent problem and what the Council can do to eradicate it once and for all using the powers at its disposal.

In Scotland, the Dog Fouling (Scotland) Act 2003, allows local authority officers to issue fixed penalty notices to any person in charge of a dog who fails to pick up after their dog and dispose of dog matter in a suitable bin.

The Community Council would like to see local authorities in Scotland have access to the wider powers that their counterparts in England have, where not only is it an offence not to pick up after your dog,  but it also makes it a clear responsibility of the owner, so they cannot excuse liability by saying they did not see their dog do it.  Dog Wardens in England also have the power to ask a dog owner to produce means of picking up after their dog, subject to a fixed penalty notice if they cannot.

In Aberdeenshire the current system is heavily reliant on intervention from the public, who can report any incidents they witness to the Dog Warden.  While this may have resulted in fixed penalty notices being issued by the Council, the SDCC is concerned that placing the onus on the public – when the Council has statutory powers – may limit the overall impact and effectiveness of the dog fouling measures.  The SDCC would therefore like to see the Council take a more proactive stance on this issue and has written to the Dog Warden to request that regular enforcement patrols are carried out and to report back how successful these patrols are.

To maximise the impact of the patrols, the SDCC has suggested that the Dog Warden wears appropriate highly visible gear, so that it is clear that the Council is patrolling the beach. And we ask that the patrols focus on the beach area – initially at least – and at times when dogs are likely to be exercised – morning or after work.

The SDCC has also requested that the Council provides updates throughout the year on the numbers of patrols and fines issued to monitor the impact of the suggested approach.

While it may be an ambitious challenge to eradicate the problem, the fact that this has been such a persistent issue would suggest that more needs to be done if the behaviour of irresponsible dog owners is to be addressed once and for all.

Unfortunately the amount of bins (general and dog waste) has reduced all over. Walk from coop garage up round spurryhillock and out to mill o’ forest and the 1st bin is at park car park 😣😣 It totally disgusts me the amount of poop bags just dumped around Stonehaven, you have a dog, you pick up the mess, you bag it and chuck it 😡 there are plenty of litter/dog waste bins along beach front walking from harbour to Cowie but very few if you walk around Stonehaven 😣😣

Having a good number of bins makes all the difference. Hopefully the community council will pick up on this aspect of the problem.

Thanks for the heads up on the lack of bins around Spurryhillock / Mill O’Forest area. I will certainly bring this up with the Council when we meet to discuss.