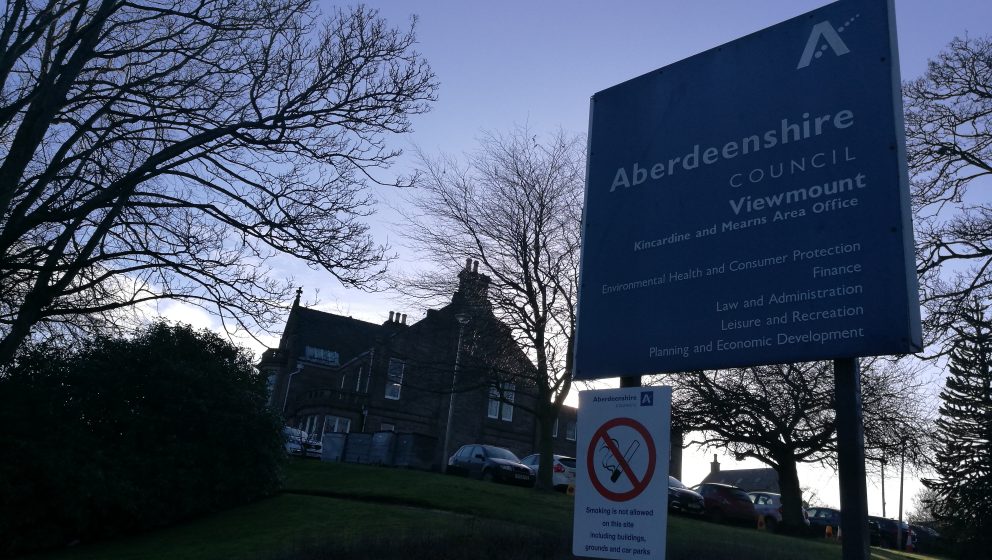 Work to refurbish and extend Aberdeenshire Council’s Viewmount office in Stonehaven is to begin at the start of June, following formal approval by councillors.

The project, due for completion by late summer next year, is to be undertaken by Morrison Construction and will be carried out in two main phases.

Approval was given by members of the Kincardine & Mearns Area Committee, who considered a report on the project in private session at their latest meeting (Tue, Apr 30).

The oldest sections of Viewmount are Victorian, and Category C Listed. The original building was first extended in the 1950s, and again in 1988.

The first phase of the project will focus on refurbishment of the oldest part of the building. This will include demolition and replacement of the existing toilets, as well as covering the existing internal courtyard to provide interview rooms and a public entrance to the council chamber.

The chamber will be refurbished and the floor levelled, and the upper rooms of the building will be developed to provide meeting and office accommodation.

The plans also include a customer service point in the reception area, and an additional 36 parking spaces will be created on the site of a former temporary building demolished several years ago.

It is expected the first phase of the project will be complete by November this year. Phase two of the project will involve conversion of the 1988 extension to create an open-plan office space which will allow for greater flexible working in the building.

It is also proposed to extend this part of the building to create an extra 200sq m of additional open plan office space, and a lift between floors. Plans for this part of the scheme are currently under development.

The investment of just under £3.3million is part of Aberdeenshire Council’s Office Space Strategy, under which key aspects of the plans for Stonehaven were agreed in February.

Speaking after the committee meeting, Kincardine & Mearns Area Committee chair Cllr Wendy Agnew said: “This project is a significant investment in what is a landmark building in Stonehaven and will make it fit for the future.

“The existing space is dated and does not allow for much flexible working. The refurbishment will bring Viewmount up to standard and allow for new ways of working.”

Committee vice-chair Cllr Ian Mollison said: “As a council we need to adapt to take account of the changing needs of our residents and of the new technologies available to us.

“There will undoubtedly be some disruption while the work takes place but the project team will aim to keep any inconvenience to a minimum.”

During the meeting it was agreed council offices at Carlton House and Allardice Street should close upon completion of the development and following the relocation of staff.