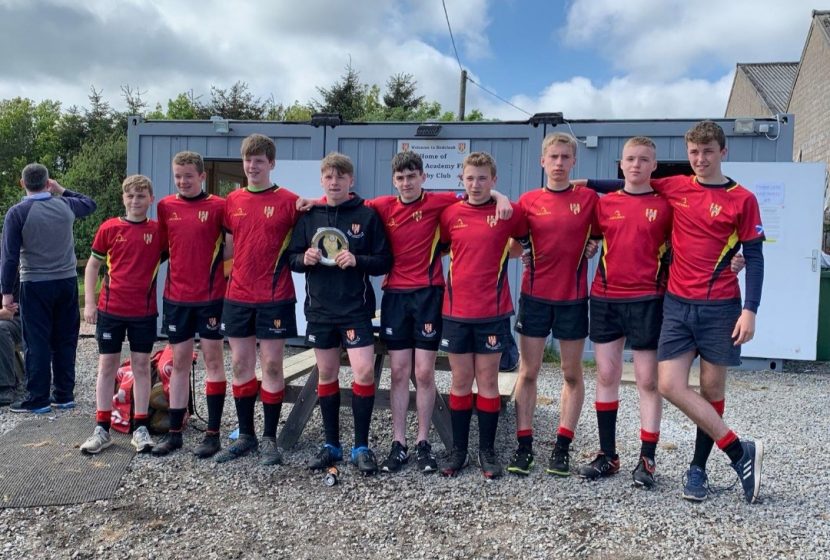 On Saturday and Sunday Mackie Rugby organised a 7’s tournament for Seniors, U-18’s, U-16’s and U-15’s.
Although the weather on Saturday left a lot to be desired, the rugby was entertaining and showed all that is good about this great game. The Senior tournament maybe lacked in numbers, but certainly not in skill. As befitting the spirit of the game, both Mackie & Gordonians provided extra players for the Huntly team who only had a bare squad of 7 players. Gordonians came out on top showing the pace and skill which have seen their 1st XV top National League 3 this season.
The Mackie squad played some excellent sevens, showing great heart, running and tackling like lions, crawling off the field at the end with bursting lungs and legs like jelly.

Also on Saturday, the U-18 tournament was won by Deeside.

The weather on Sunday was a lot kinder and the U-16 tournament was won by a strong Howe of Fife team.

Just to show the future of Stonehaven rugby is in good hands, the Mackie were top dogs in the U-15 tournament.
The seniors are due to travel up to Banff next Saturday for another 7’s tournament, before calling a halt to season 2018/19.