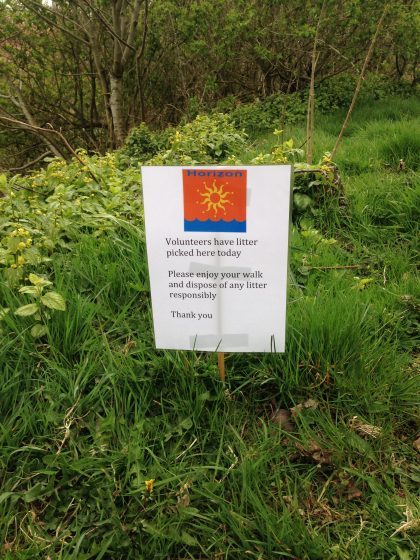 AFTER being alerted by a nearby resident, today’s litter pick by the Horizon Group was on the grassy slopes behind the Scout Hut and leading down to the Carron.

Dawn Milroy, a local anti-litter and plastics campaigner joined Horizon at the area known locally as ‘The Witches’. All the volunteers were shocked to discover that while there were the usual plastic bottles, cans and glass bottles, the majority of litter was dog faeces in dog bags.

They collected and disposed of over 100 offensive poo bags.

Horizon convenor John Cruickshank said, “I am shocked and upset that our volunteers have had to handle this revolting waste.

“I really hope the guilty dog owners have a serious think about their actions.”

With seven bags of general rubbish also collected, the volunteers felt people walking in the area needed a reminder to hang on to their dog waste and other litter until they reach a bin.