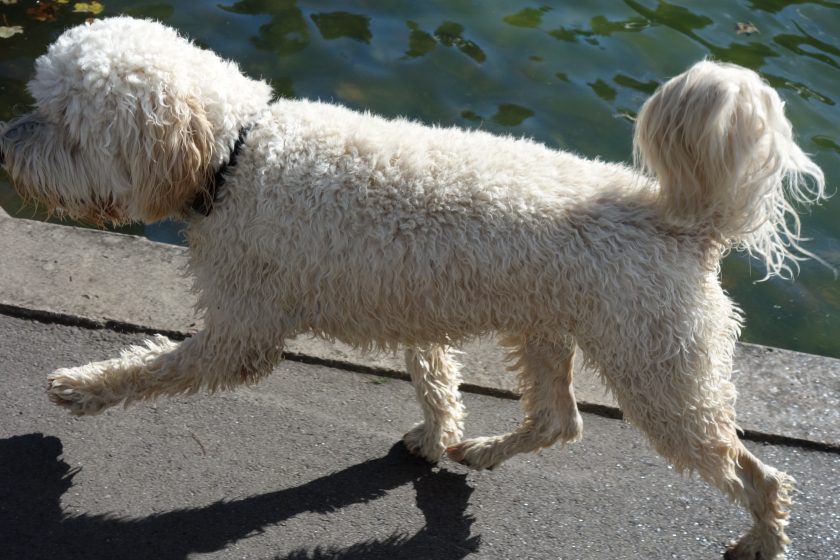 A PROFESSIONAL dog walker welcomed news that the Scottish Parliament may start consultation on stricter laws for dog walking services.

AT this week’s meeting of Stonehaven and District Community Council, members heard from dog warden Gillian Abel. As well as discussing dog fouling in general, Ms Abel addressed concerns about dog walkers with large numbers of dogs off lead.

She said community dog walking businesses are unregulated and unlicensed. There is a voluntary code of conduct that requires insurance – but there is no system of checking.

‘This is an issue raised all over Scotland,’ she said. ‘Issues relating to control and fouling.’

Ms Abel said she believed the matter would soon be addressed by the Scottish Parliament and was likely to come under consultation.

This information was welcomed by Ann-Marie Yates, who said, ‘I own my own dog walking company. I would welcome legislation with open arms as I am a responsible dog walker.

‘But I see people who do not pick up dog faeces and see dogs out of control.’

For dog mess complaints, Ms Abel told SDCC the relevant legislation she could take action under was the Dog Fouling Scotland Act. She said she can not conduct covert surveillance, but would investigate offenders if given as much information as possible, ie: date, time, place and descriptions. Photographs can be used, but a succession of shots showing the incident in full would be needed.

Ms Abel added the Aberdeenshire Council website has a page where reports of dog fouling can be made using an online form.