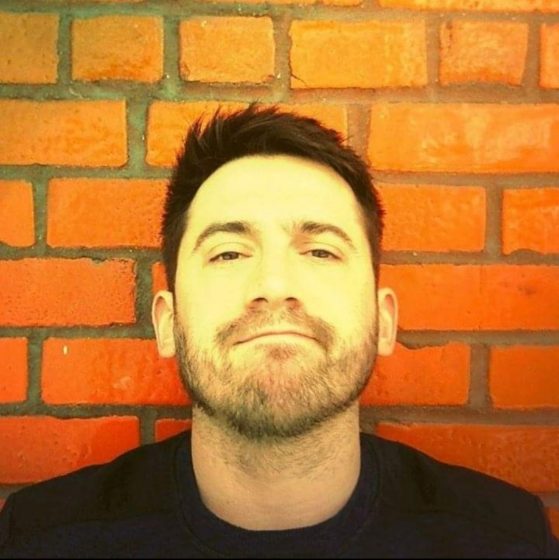 A FORMER Mackie pupil composed and performed the music for a Scottish independent film that sold out at its premiere, and is shortly to be screened at Holyrood.

Benjamin McMillan’s haunting music is a striking backdrop to Connect, a film addressing one of life’s most difficult topics – suicide.

Kevin Guthrie of Fantastic Creatures, Sunset Song and Sunshine on Leith fame plays a young man fighting to overcome depression, who finds it hard to share his feelings. He attempts suicide.

Filmed in North Berwick, Connect was written and directed by Marilyn Edmund, who had been affected by the death of a 23-year-old film extra she had worked with on Outlander. Despite a promising acting career and the appearance of happiness on social media, he committed suicide.

Ben was introduced to the film by fellow Mackie FP, Laura Dinett, who has numerous film and tv credits to her name after almost 10 years’ working as a camera assistant. On Connect, Laura was making her debut as director of photography. She helped Ben explore the film’s scenes and themes.

“When composing, the film comes first, said Ben, “I knew I had some raw scenes.

“I had an idea of two initial themes, including a hanging theme, then built the whole score around these two themes.”

While the film has yet to be widely distributed, it will shortly be screened at the Scottish Parliament at an event sponsored by the Samaritans and the men’s mental health charity, Brothers in Arms.

And, as Ben wrote and sung all the songs for Connect, it is Ben’s voice the MSPs will hear as the film begins.

Despite delivering a sound as rich as any symphony orchestra, Ben’s composition for Connect was brought to life by nothing more than a small laptop and some clever software that layered each of the 87 tracks required to create the synthetic orchestral effect.

This was a skill he honed while studying first at Aberdeen University, where he studied for his Masters under Paul Mealor, whose Motet Ubi Caritas et Amor was performed at the wedding of Prince William and Catherine Middleton in 2011.

Then, having won a prestigious scholarship from the Carnegie Trust, Ben went on to take a second Masters in Film Composition and Music Technology at NYU Steinhardt.

Now, after an intense period when his impetus and thoughts were directed towards Connect, Ben enjoys some more ‘self-indulgent’ composing and song-writing.

And his next professional engagement? This will be when he shortly performs at a friend’s wedding having composed the music for the bride to walk down the aisle.

Is this film available anywhere

Update from Ben….they had a screening in London last week at which there were representatives from Cineworld and Odeon – so fingers are crossed for national screenings soon.
Otherwise next screening is the one mentioned at Holyrood.