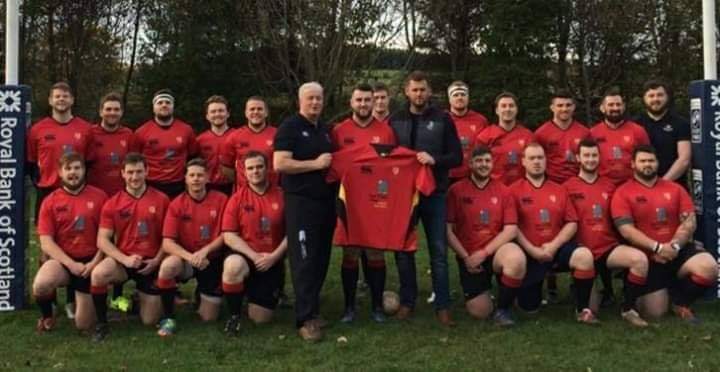 IN the days before professional rugby, Highland Rugby Club were a force to be reckoned with in North-Midlands, and indeed Scottish, rugby. Players like Nairn McEwan and George Mackie put the team from Inverness on the map.

Over the years Highland seemed to have lost their way a bit. But nowadays, with a great set-up in the Highland capital, their 1st XV are flying high in National League 2, having been promoted twice in recent years.

Mackie’s opponents on Saturday, Highland 2nd XV, are unbeaten in the league this season and play a no-nonsense style of rugby with everyone confident with their own part in playing successful rugby, keeping mistakes to a minimum and not over-complicating things.

Mackie were without captain Mikey Kelly and 2nd row stalwarts Dean Gerrard and Dale Alsop, but were still fielding a strong team and full bench.
Mackie played very well in patches and  at one time after half-time coming within 3 points of their opponents.

Mackie had taken the lead after 10 minutes when a kick and chase from Stuart Hamilton led to a good back-up try for Mikey Mair. This made the score 5 – 3 to Mackie, but this was to be the only time Mackie would be in front.

When you have just lost a try, the best time to reply is immediately, and that’s exactly what Highland did, taking advantage of a poor collection at the restart to score their first try which was converted to make the score 5 – 10.
With half-time approaching a second Highland try made the score at the break 5 – 15.

Just after the restart, a good kick through from Mackie led to a scrum 5 and an excellent try from Andy MacArthur which was converted by Ross Gray.
It is the sign of a good team when they can raise their game when it is needed and Highland did just that. 2 converted tries later the score was 12 – 29 and the visitors had their try scoring bonus point.

Give Mackie their due, they also raised their game and another well-worked move gave Andy MacArthur his second try of the game which Ross Gray did well to convert, bringing the score up to 19 – 29. Another try for Mackie would have also given them a try bonus point and possibly a losing bonus point, but Highland were in no mood for such gifts and scored a final try of their own. The extras were added and the score was now 19 – 36. Mackie finished the game on the offensive, but were unable to cross the whitewash again.

Mackie played well for a large portion of the game, defending well and scoring 3 good tries, but their mistakes were severely punished by a well-drilled Inverness team who, like Wales, have forgotten how to lose !

Mackie are still clinging on to 2nd place in the league behind their guests and just in front of Garioch who they must still play up in Inverurie later on in April.

No game next week, with a trip up the road to Elgin to play Moray on Saturday 6th April.